The bliss of falling sleeping listening to rain on the tent is only surpassed by waking up to find it has passed and you can pack in the dry! While the sky looked threatening, the rain held off until we had everything packed and started again just as we were pulling out. We were heading up to Scenic World in the World Heritage Listed Blue Mountains to experience the Skyway and Australia’s steepest railway, after being assured on the phone the day before that they operate in all weather. On the way,  we paused at Bunnings to pick up a new mallet as ours had mysteriously vanished during our stay in Sydney (When traveling in a tent, a missing mallet is a serious problem that must be rectified before night falls!)

As we wound our way up into the mountains and the cars in front began to disappear like ghosts into the mist, we began to suspect there may be a problem with our plans for the day. 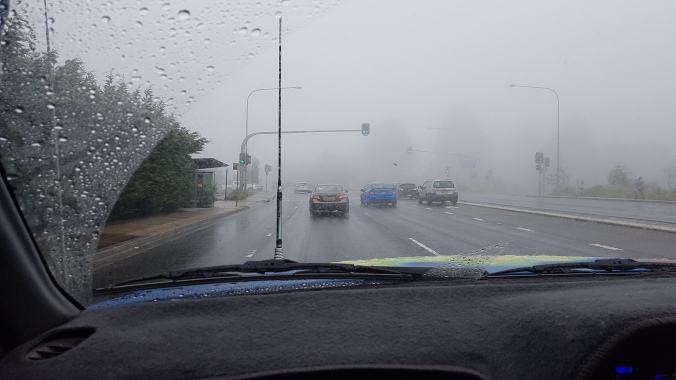 Arriving at Scenic World our fears were confirmed, the picture windows from the cafe and gift shop were a wall of white.  We watched the the Skyway car disappear into the whiteness and decided that it wasn’t worth $100 for a closer look at the fog, heritage listed or not! 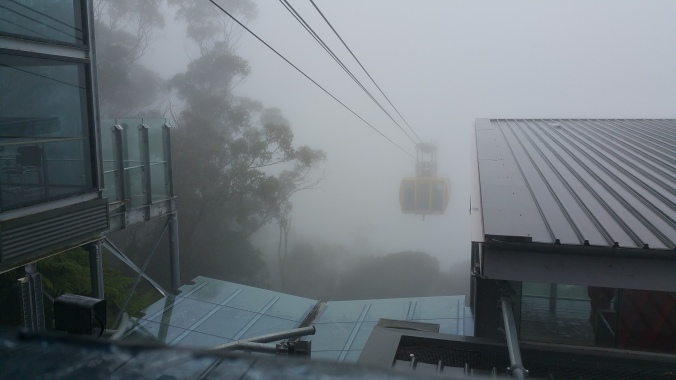 Now that our original plan for the day was off the table, we debated camping near Katoomba and trying again the next day,  but a quick look at the forecast 15-30mm of rain made it clear that it just wasn’t going to work either,  so we headed back into town to grab some lunch and cut our losses… There was still time to make it to Bathurst so that Blu could get a couple of laps in on The Mountain!

The sky was clear as we arrived at the track and Blu put up a respectable time (given the 60km speed limit and general non-sportyness of Blu) of 6 minutes 51 seconds!  We would only have been lapped 3 times by the Supercars on race day! 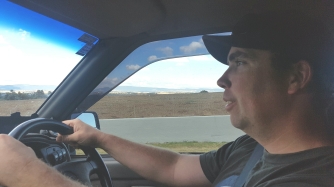 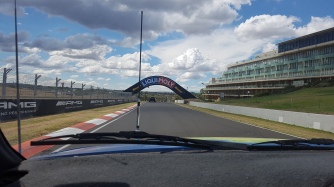 After an unexpectedly long day in the car, the kids had a break on the Bathurst adventure playground while Chelle and I decided on a campsite (Our original planned site was hours behind us in the mountains). In order to make the most of the next day, we opted to drive another hour or so and camp at the Manildra Showgrounds based on great reviews on Wikicamps.

As we drove, the sky darkened and we soon found ourselves driving through a thunderstorm, although by the time we reached Manildra the rain was behind us…talk about 4 seasons in one day!

Although the showgrounds were more or less a fenced oval on the edge of the local golf course, the amenities were modern, brand new and better than a lot of caravan parks we have stayed in for 3-4 times the price! The Case of the Mysterious Missing Mallet was solved when Clarissa moved some of her stuff and discovered it at her feet…now Zach and I have a mallet each! The kids had a great time running around on the oval while Chelle and I relaxed after a long days drive.

The storm clouds to the east and slight mist to the west made for a spectacular sunset in all directions. Then we all gathered around the tablet to watch The Dish in preparation for the next days adventure.

The Dish was amazing, the visitors center is well set up with awesome activities for the kids and a 3D space theatre as well. The kids soaked up the science and had a great time and we found it awesome being right at one of the places where history was made! 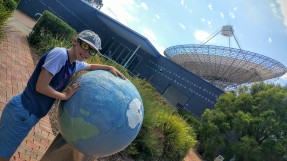 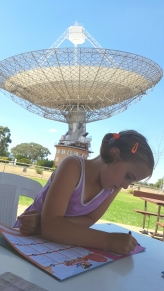 We spent a couple of hours exploring and learning before heading out for the drive through to Dubbo. We only paused to have a late lunch at a rest stop and arrived at about 3pm. The kids were very excited to be back at a caravan park with a bouncy pillow again. Sometimes I think it wouldn’t matter if we ever did anything during the day,  as long as there was a bouncy pillow at camp! 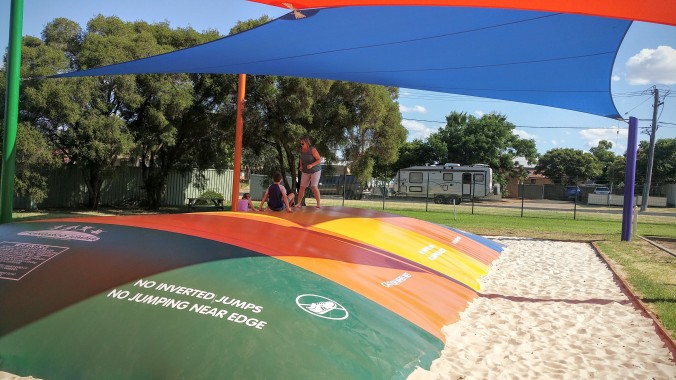 We spent the afternoon chilling in the pool (and on the bouncy pillow) and generally not doing much but enjoying the sunshine…it is really good to stop once in a while, and the next couple of days promised to be longer and wetter.