Who knew we had such a view?! We had set up in the dark last night so waking up to find that we could see the ocean from our bed was super refreshing. Being back on the coast after a few weeks of red dirt was lovely. 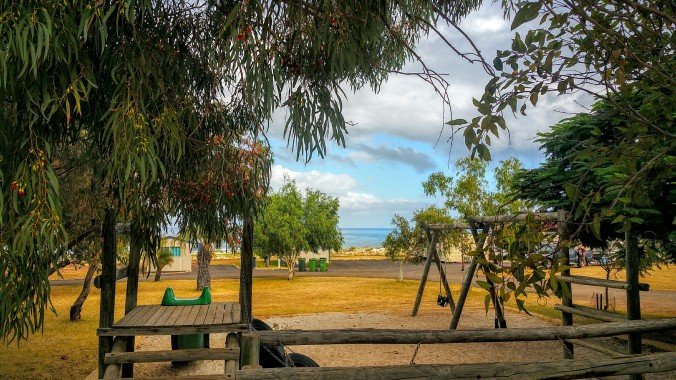 We were all in go slow this morning which was nice as we usually are moving fast for long drives… but not today ☺. We packed down and enjoyed a hot breakfast (once I had gotten over my momentary meltdown about the red dirt that was in and on everything I touched). 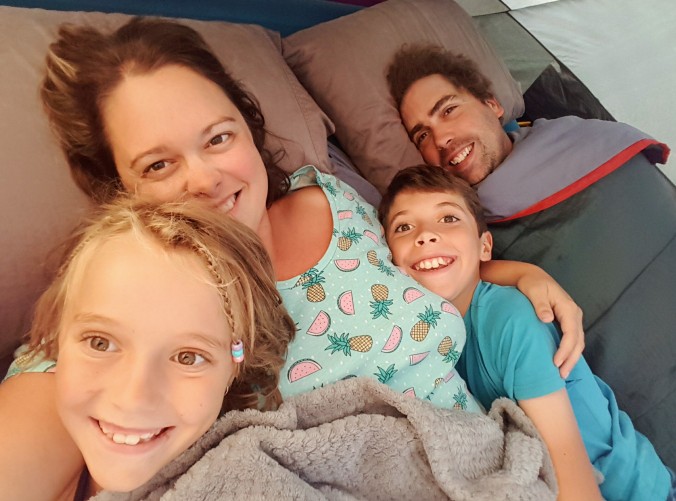 10 minutes in the car saw us arrive in Geraldton to grab a few supplies for our last few days. We also washed Blu who was now looking rather red. Adrian said the water ran so red it was like wine was running out of the hub caps. A quick bit of  lunch and a play at the foreshore and we headed off towards our last stop before home…Dongara.

The short 45min drive was over so quick the kids could hardly believe it. The site might be a bit squeezy but we have our own ensuite which is a bit luxurious to end the trip. The last set up went very smoothly as we have become a rather well oiled machine. 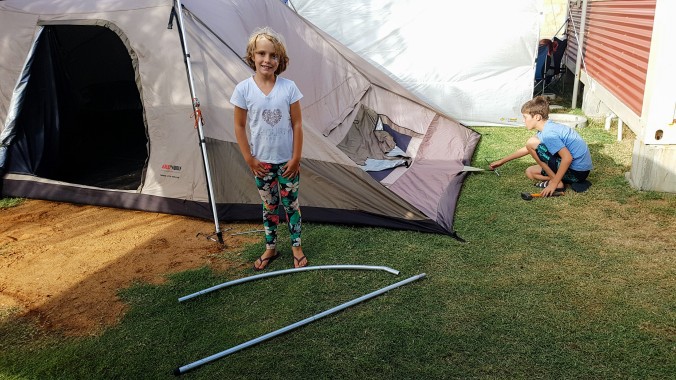 The afternoon was spent relaxing. Adrian and I sat in our chairs while Clarissa helped Zach bulid a lego set he had bought in Geraldton with some of his birthday money. It was just what we all needed after 10 days of overnighters and so many kms travelled. 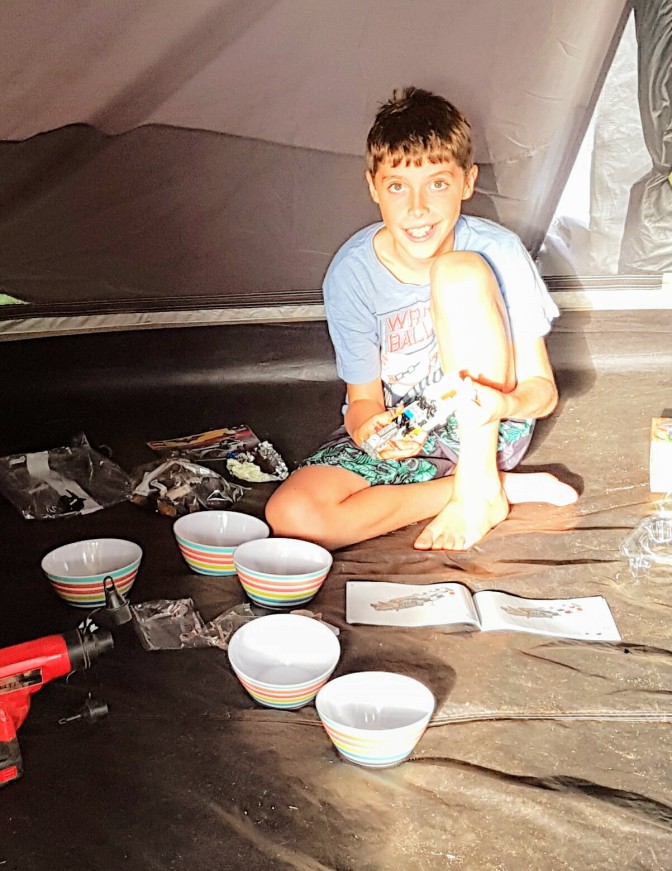 After just catching the end of last nights sunset, we didn’t want to miss tonights. We can see the ocean from our site but we wandered a bit closer for a better look. It was not as clear as we hoped due to lots of cloud cover but it was still nice.  Having been very wind blown we walked back to camp to get tea ready and shower etc.

The kids headed into the tent to play lego for a bit before bed while we did the dishes. They played so beautifully I didn’t have the heart to stop them so we sat and chilled and just let them play. 2hrs later they emerged ready to tuck in…as were we but we had all needed to slow down and unwind today. 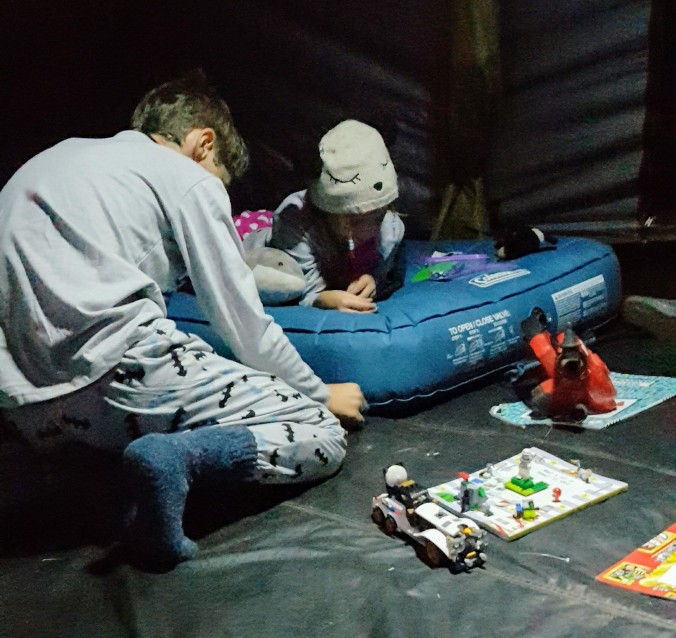 Oh to sleep in is divine! Not having an agenda for the day was lovely. We cooked ourselves a big breakfast (something we do not have time for when driving so much) and enjoyed sitting listening to the waves. 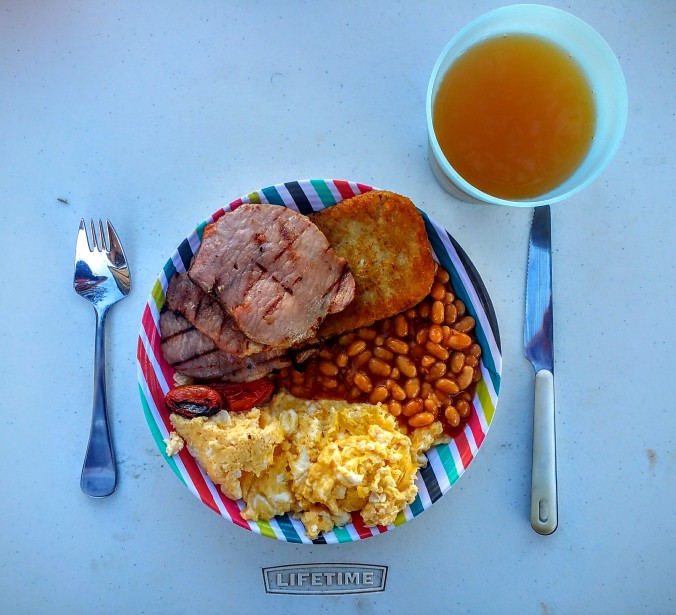 The big clean up had arrived. We needed to get the Great Central Road out of Blu. The kids took their bikes and walkie-talkies and headed off to expolore the park. Adrian and I took to Blu armed with disinfectant wipes, paper towel and a spray bottle. Everything had to be taken out and wiped down. The whole back of the tray also needed to be wiped out. 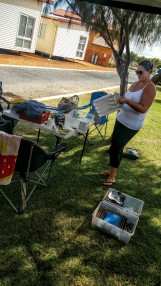 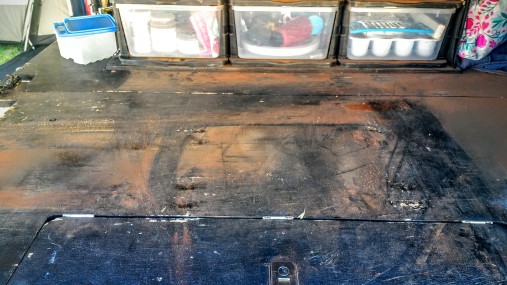 It was great to have everything clean and tidy again. The kids had been desperate all morning to have a swim so when we called them to say we were done they rode back super fast.

The pool was as lovely as we remembered from our stay last January. The kids were not as keen to get in once they dipped their toes in. It was chilly. After about 5 minutes they took the plunge. Adrian joined them and jumped straight in only to discover how cold it was. 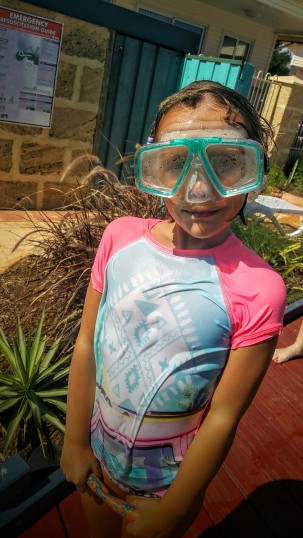 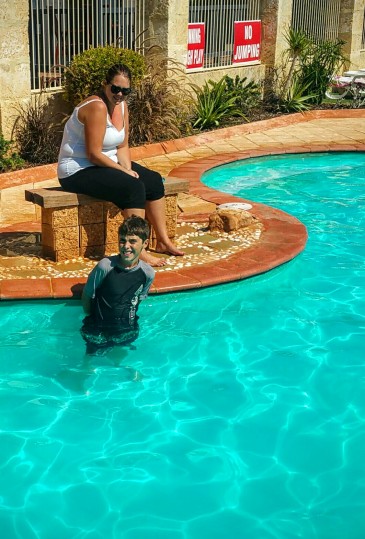 After lunch we caught the bonnet map up. We hadn’t marked it since we left Darwin so we had a bit to do.  We stepped back to look and marvelled at how far we have travelled in just under 4 months. It has been epic! Now it was nap time, so you’ll just have to wait until the next post for a pic!

The kids played beautifully while Adrian and I slept for half hour (something we both needed more than we realsised). A beach walk was much in order. It was very windy but lovely nonetheless. There is a sense of peace and calm when walking along the beach that revitalizes me. I love it! We filled our container with shells and played in the dunes. 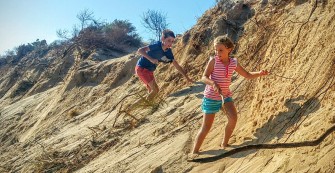 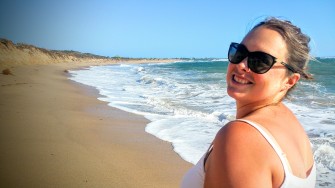 When we got back and rehydrated, Zach and Rissa headed off with some friends  (I love how easily they play with other kids). Before we knew it the sun was starting to set. We pulled on our jumpers and wandered back to the beach to watch the sun set. The kids were playing just nearby in the dunes where they had built a fort. Tonight it was stunning! No clouds, intense colour and just a whole lot of wow! 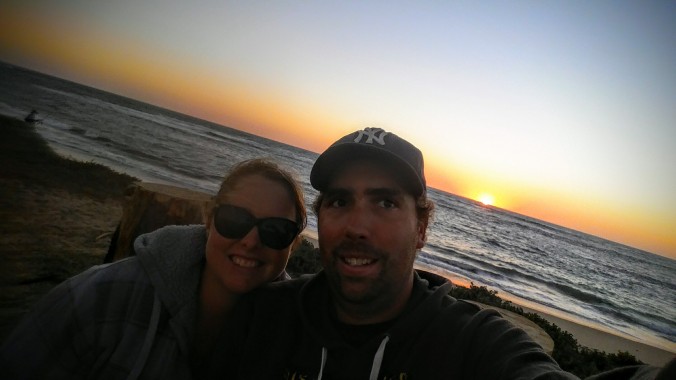 After tucking the kids in, Adrian and I sat down to watch a movie. A lovely end to a relaxing day.

Another sleep in for our last day away. The kids were up and dressed quickly as they had arranged with their new friends to meet at 8.30. Adrian and I enjoyed a slower start and a peaceful breakfast by ourselves (something rare over these 4 months).

With the kids off playing and checking in every now and then (mostly when they were hungry) we caught up on the blog, played a few games and had ice-cream from the Mr Whippy van (The kids came back full sprint when Adrian mentioned the magic word over the radio!) 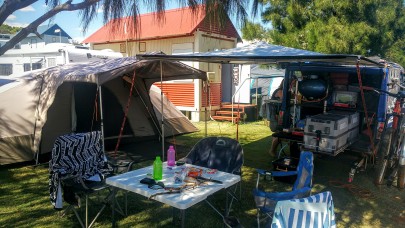 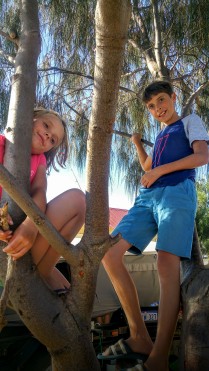 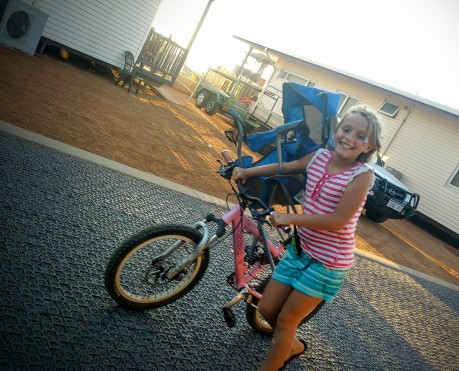 An afternoon nap followed by another lovely beach walk. We found an awesome teepee made from driftwood on the beach. The walk ended and we stayed for a play. 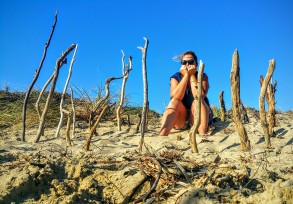 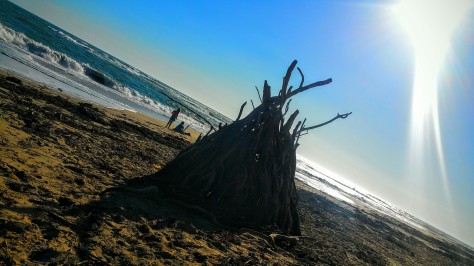 The kids decided to brave the pool again but Adrian and I opted for dipping in the toes. It was just as cold as yesterday. 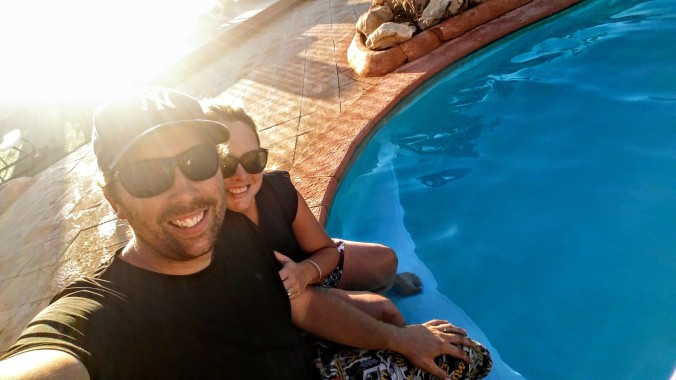 We watched the sunset as we ate dinner and reflected on the amazing time that we have had. We are so thankful for being able to spend this time together exploring the incredible country we live in. 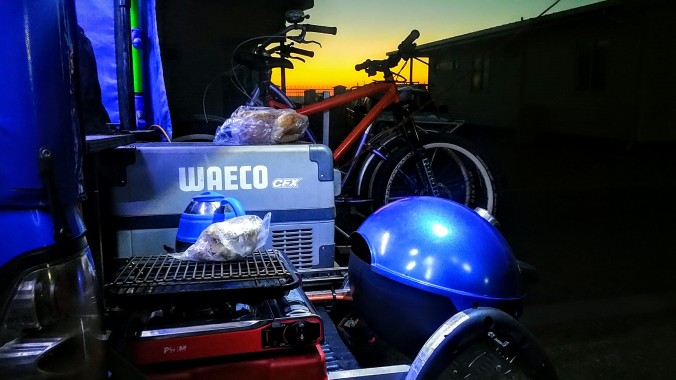 As the evening draws to a close Adrian is modifying Blu (I’m sure it wont be the last time), the kids are playing lego and I am snuggled in my chair writing this. Tomorrow we head home…its kinda strange 😊. 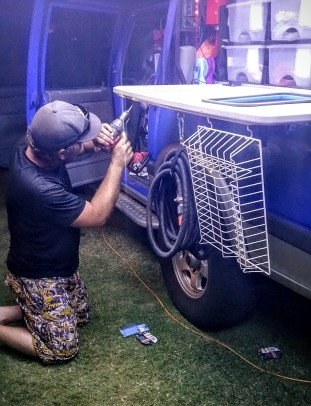 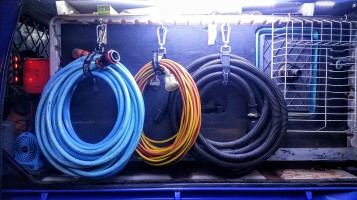 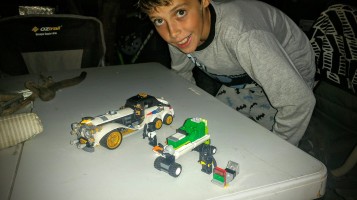 We look forward to catching up with you all soon.