After a lovely nights sleep and no pack up this morning we enjoyed a yummy breakfast before heading to the beach for some shell collecting. It was already starting to warm up even though the rain had broken a bit of the heat. 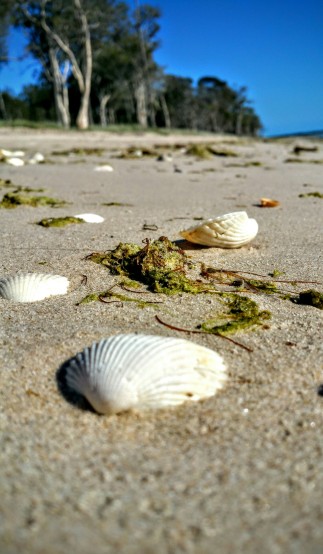 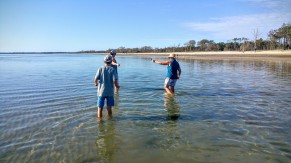 With an abundance of shells added to our already rather large collection, we headed off to Bunderberg.  High on our agenda was a trip to the factory that produces liquid gold. I am of course refering to Bunderberg ginger beer and all its brewed friends.

The showroom is shaped like a giant barrel sticking out of the ground….its so cool! We headed inside to find out it was half price day on the interactive self guided tour (winning 😊) so we paid and went through the “vat” doors.

It was a well put together presentation following the history of ginger beer and the processes used to make it.  There were displays for the kids to interact with and a kooky holographic show explaining the role of yeast in the brewing process. 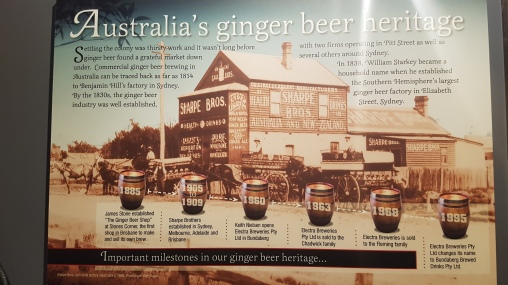 After our tour we headed back into the showroom for our tasting. There were 12 flavours to try which was great as I had seen some of the new ones in store but was reluctant to buy a 4 pack in case it was yuk. The kids did well even trying the ones they weren’t sure of. We found a couple of new ones we liked, then the hard part came….trying to narrow it done to what we could fit in Blu. We settled on a carton of 10 ginger beers and a 6 pack that we could choose of mixed flavours.

Since it was now nearly 2pm we found a park for lunch and decided we would stay in town and shop that night rather than rush and push on. We found a caravan park on the river and although the outlook was a bit industrial in daylight, when the sun went down and the lights came on, it was transformed!

We had just finished tea when the wind turned and rain started to come in. Then suddenly the heavens opened.

We had already started to pack up so we pulled what was left under cover while the wind howled. Adrian was rescuing some backpackers and the kids and I huddled in the tent. The rain continued dumping for 1/2hr but when it cleared, the heat was gone and the evening was rather pleasant looking out over the river.

We rose and packed early the beat the heat. After a restless night I was pretty tired and drifted off not long into our drive. I awoke as we pulled into a small fishing town called 1770. This town is named this after the second landing of Captain James Cook. It was a good place to stretch the legs.

While the kids and I watched some fish being fed Adrian came over with our little esky bag (affectionately known as Maggie as we bought it from the Maggie Beer farm shop in SA) and told us we were heading out on a tinnie for an hour with morning tea. Once Clarissa had stopped screaming and actually took a deep breath it was a lovely experience for us all. 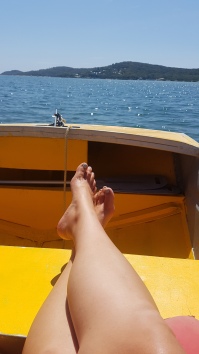 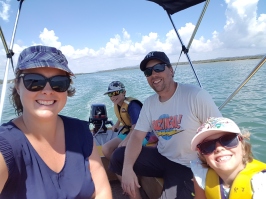 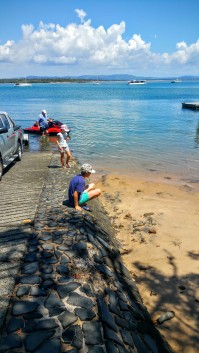 The scenery was beautiful and the waters calm. The kids took a turn driving and the hour passed very quickly. We returned to the dock and headed back out on the road. 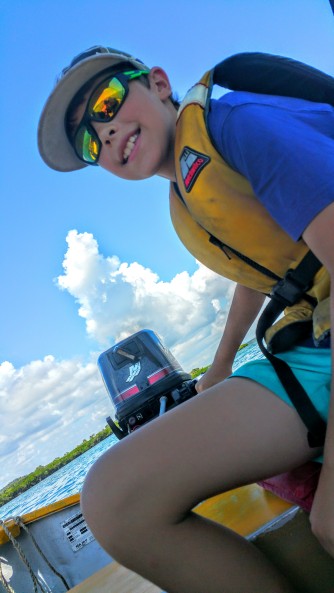 By the time we reached Gladstone we were ready for lunch, so after buying some fresh rolls and finding a park we were set. The park was right on the foreshore by the docks. It had a water play area and the HMAS Gladstone was drydocked there. There was even a manmade waterfall. 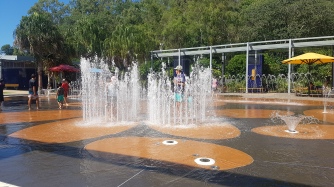 We grabbed a frozen sprite and with “Hat Town” as our soundtrack (it seemed only right to drive into the outback with the country musical stylings of Lee Kernigan) we headed off towards the red dirt with storms again looming on the horizon.

We made it past the storms and inland as far as Bluff (A small railway town that absolutely fits Lees definition of a Hat Town) when we called it a night. We were all tired from the heat and the huge amount of driving. After an easy tea the kids tucked in and Adrian and I caught up on some blogging.

Its really hard to keep track of what day of the week it is when you are travelling so when we realised it was Sunday we looked at what Churches where nearby. We decided on Calvary in Emerald and after packing up, found a shower as we were a lot grubby from the dusty ground at Jericho.

The Church was very welcoming and they even had a free BBQ that day after the service. Our burgers were delicious.  After chatting with some of the locals over lunch we headed off to explore their town. 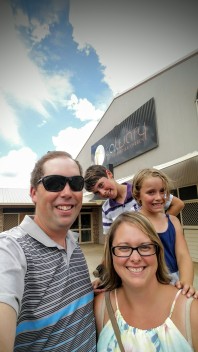 Being that we were in gem field country we sought out the Miners Heritage mine in Rubyvale. The tour was great! We went into a sapphire mine and learnt about how the process has changed over the years. Our guide was very knowledgeable and being that we were the only ones on the tour we got her full attention. She even gave the kids a few bits of sapphire at the end of the tour. 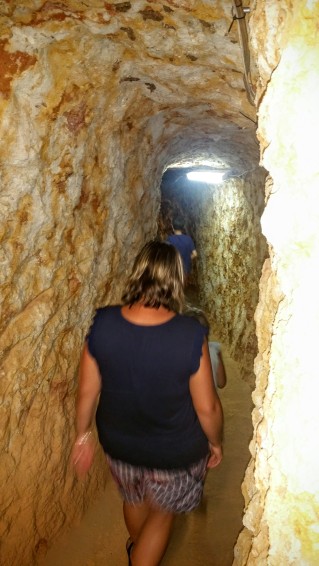 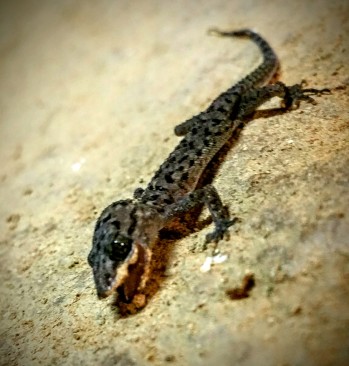 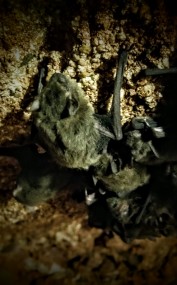 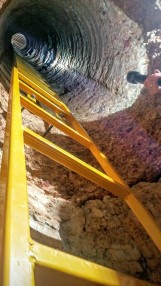 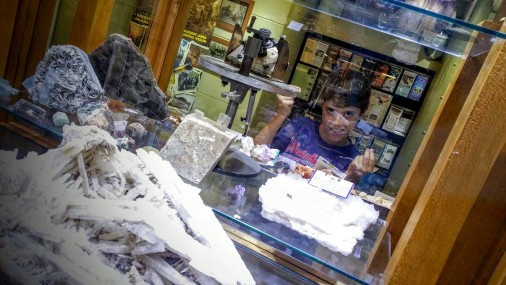 We made it as far as Jericho that night and set up at the showgrounds. The wind rolled in as did the thunder and lightning and we knew another storm was coming.  Not much rain eventuated so we tucked in for an early night.

Tomorrow was the day we had driven all this way inland for.